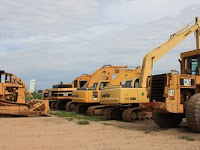 The middle stretch of Mekong River between Vientiane in Laos and Mukdahan in Thailand is characterized by its meandering course and relatively low gradient. One of the major consequences of this characteristic is natural instability, river bank erosion and growing sedimentation.

The Mekong River has also large changes in river height occurring between the rainy season during May to August; and the dry seasons between September to April. 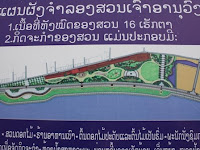 Erosion is occurs and is affected by the following natural factors: rainfall, vanishing vegetation cover, river bank soil in-stability and river sedimentation amongst other conditions.

In Vientiane, the bigger parts of the Mekong River banks have been cleared of trees and vegetation. Some places along Don Chan Island have been re-used for agricultural purposes. Local people planted vegetables and crops along the banks – raising concerns with the Vientiane municipality and the Lao government about the increased erosion of the unprotected river banks during high flow periods. 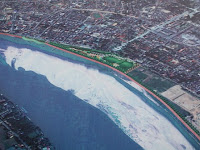 Therefore in Vientiane and other places, river bank revetment is considered to be the best engineering solution to stop and prevent the more and more serious Mekong River bank erosion.

To date, approximately 3 km of river bank protection and revetment work has been undertaken and more is to follow.

Our B2B newsletters are for industry professionals

*We’ll never share your email address and you can opt out at any time.